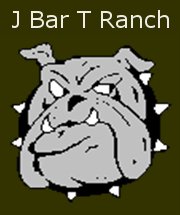 Kind but courageous, friendly but dignified, the Bulldog is a thick-set, low-slung, well-muscled bruiser whose ‘sourmug’ face is the universal symbol of courage and tenacity. These docile, loyal companions adapt well to town or country.

You can’t mistake a Bulldog for any other breed. The loose skin of the head, furrowed brow, pushed-in nose, small ears, undershot jaw with hanging chops on either side, and the distinctive rolling gait all practically scream ‘I’m a Bulldog!’ The coat, seen in a variety of colors and patterns, is short, smooth, and glossy. Bulldogs can weigh up to 50 pounds, but that won’t stop them from curling up in your lap, or at least trying to. But don’t mistake their easygoing ways for laziness’ Bulldogs enjoy brisk walks and need regular moderate exercise, along with a careful diet, to stay trim. Summer afternoons are best spent in an air-conditioned room as a Bulldog’s short snout can cause labored breathing in hot and humid weather.

Historical evidence suggests that Bulldogs were created in 13th-century England, during the reign of King John, for the “sport” of bullbaiting, in which a staked bull fought a pack of dogs while spectators bet on the outcome. The dogs used in this grisly pastime, the ancestors of today’s Bulldog, were ferocious brutes with huge jaws, unbelievably brave and seemingly impervious to pain.

With bullbaiting obsolete, the Bulldog faced extinction. In response, Bulldog admirers began the long process of transforming the breed from brawler to companion. They refined the physical contours to make the dog more attractive, and they also tamped down the Bulldog’s ferociousness and reconceived the breed as a sweet and mellow pet who is especially fond of children. By 1886, Bulldog fanciers on both sides of the Atlantic had done their work well enough to see the breed recognized by the AKC.

The Bulldog has long since been the national symbol of England. During World War II much was made of the similarities between the jowly, tenacious Bulldog and the jowly, tenacious Prime Minister Winston Churchill. In America, the breed is the mascot of myriad sports team, including those representing Yale University. Yale’s Bulldog mascot, Handsome Dan, was said to be the first animal mascot in all of sports. Another famous Bulldog football mascot is Uga, who enjoys the exploits of the University of Georgia Bulldogs from the comfort of an air-conditioned doghouse on the sidelines. The Bulldog also serves as the wrinkly face of the Mack Truck company and the U.S. Marine Corps.